As we await the release of College Football Playoff Committee’s final rankings before the bowl-season, James Adam Shaw has compiled his Top 25 for Onside View. 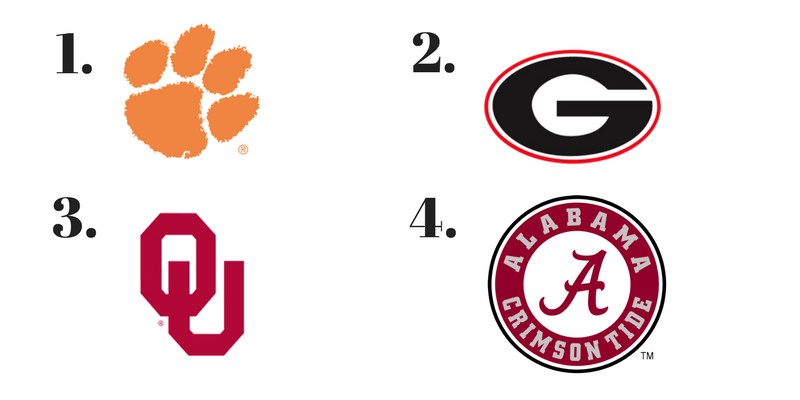 No team has a stronger claim on the No.1 spot than the defending national champions, Clemson. The Tigers’ loss to Syracuse — the only blemish on the record — is eclipsed by the wins over Auburn, Virginia Tech, NC State, South Carolina, and now Miami. This is the strongest resumé in the country, and the Tigers should be considered the team-to-beat come January. One-loss Georgia has earned a place at the two spot following its dominant win over Auburn. The Bulldogs might not have as many ranked wins as Oklahoma, but they effectively expunged their sole loss by exacting revenge against Auburn in the SEC Championship game. Make no mistake, this was a big win, and Georgia is for real.

Oklahoma could very well end up at the No.2 spot, but we’re going to leave them at No.3. The win over TCU — in a frankly unnecessary game — was impressive, and possibly cemented the Sooners’ status as the best offense in the game. Had Oklahoma found a way past Iowa State, we could be talking about the No.1 seed — but the unranked loss makes it difficult to place the Sooners ahead of the Bulldogs.

And finally, we have Alabama in the four spot. I argued last week that neither Ohio State nor Alabama deserved a place in this year’s playoff, but there are too many multiple-loss teams hanging around for Alabama to be left out. It’s also worth keeping in mind that Vegas would have Alabama favoured against every team in the country. 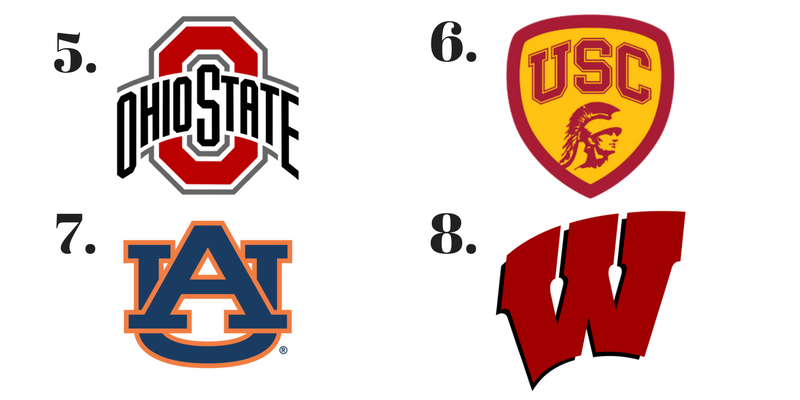 Although Alabama’s resumé has taken a dent following Auburn’s loss to Georgia, Ohio State is still carrying two losses. The Buckeyes’ win over Wisconsin was solid, but the defeat to Iowa is hanging round Urban Meyer’s neck like a lead weight. It’s close, but the presence of two losses necessitates Ohio State’s positioning at the five spot.

At six, we have USC. Were it not for a field goal loss to Washington State in Week 5, the Trojans would be in the playoffs following their PAC-12 Championship Game victory over Stanford. This is a good team, with a very good quarterback, however the Trojans do not have enough Top 25 wins to finish higher than No.6.

Three-loss Auburn is at seven. The Tigers’ regular season wins over #1 Georgia and #1 Alabama are enough to compensate for the team’s earlier losses to Clemson and LSU. The Tigers have played arguably the toughest schedule in college football this year, and that is enough to rank them ahead of a 12-1 Wisconsin team that went largely untested throughout much of the year. 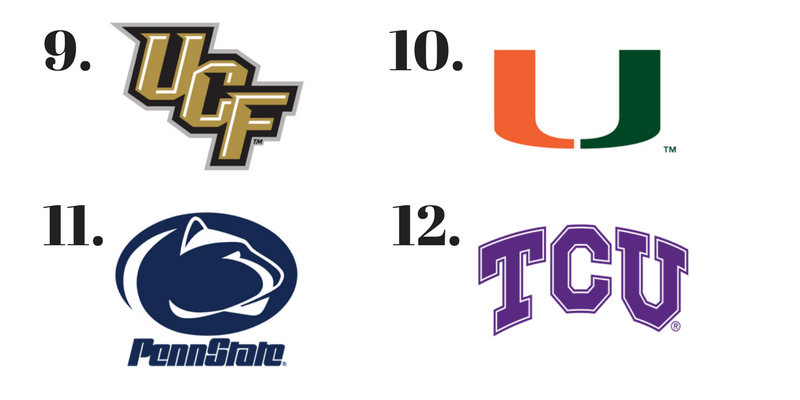 Next, we have two teams from Florida: the undefeated UCF Knights and the 10-2 Miami Hurricanes. We would have liked to place UCF higher in our rankings, but Knights are lacking the necessary Top 25 wins. Talk of playoff bid are wildly overblown, but this is still the best G5 team in the country — and by some distance. The Knights have been a joy to watch this season, and we look forward to seeing them against P5 opposition on New Year’s Day. Just behind them at No.10 we have Miami, the most disappointing team of the final few weeks of the season. The win against Notre Dame was indeed this team’s high watermark, and since then, the Hurricanes’ doubters have been proven right. This team is still some way off challenging for a National Championship.

At the 11 and 12 spots, we have Penn State and TCU. The Nittany Lions should feel very disappointed this year. Their season was torpedoed by Ohio State and Michigan State during the toughest three-game stretch faced by any team this year. Penn State was unlucky to lose to Ohio State in a game it was controlling, and even more unlucky to lose to the Spartans in a game interrupted by thunder. A one-loss Penn State would likely be in the playoff conversation, but with two losses, it’s difficult to place the Lions in the Top 10.

As for TCU, the loss to Iowa State has proved to be too much to recover from. There are impressive Top 25 wins in the resumé against Oklahoma State and West Virginia, but with three losses (of which only two were ranked), it’s difficult to place the Horned Frogs in the Top 10. This is ultimately a solid team, but one which ran into Oklahoma — the class of the Big 12 — not once, but twice, and that was enough to extinguish any playoff hopes. 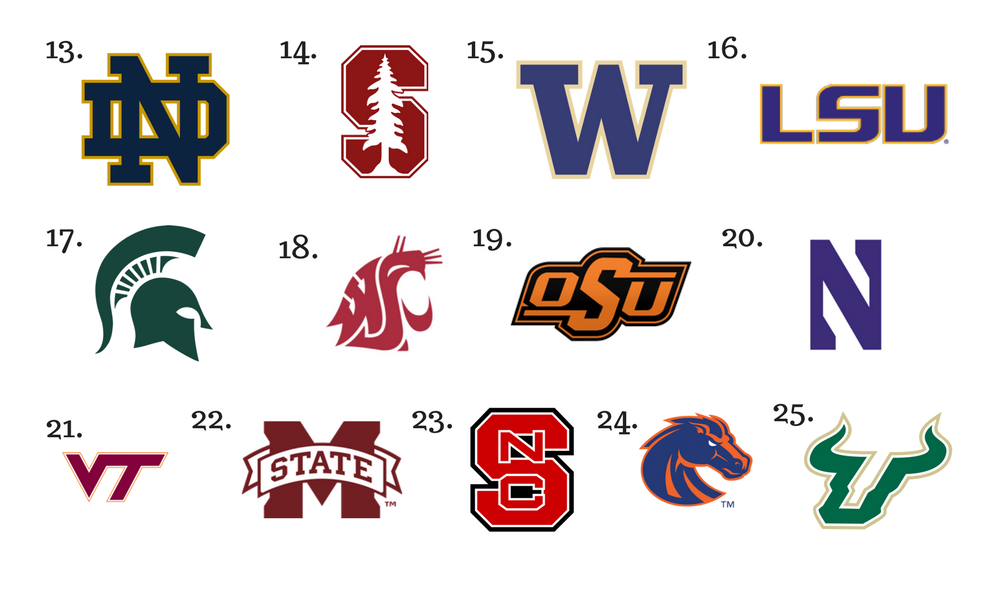