I’m an early follower of the Luka hype from over a year and a half ago. I don’t think there should be any doubts as to whether he’s the real deal. He’s played in a league that is far superior to both high school ball and college basketball since he was fourteen, and he was just named MVP of that league while also adding a league title to his resume. He has similar stats to the top college prospects, while also enjoying better team success while displaying an incredibly mature game. Don’t overthink it, GMs. Take Doncic, the most highly-anticipated foreign prospect in history. 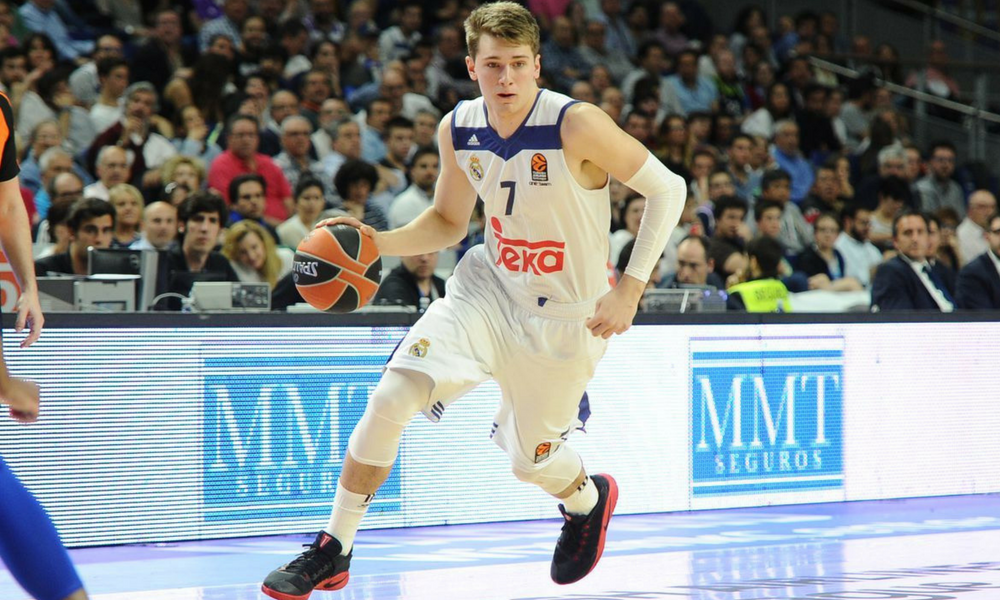 I’m not actually that high on Ayton and considered dropping him as low as five on this board. He’s all the way up here solely for his unreal physical gifts, as he is a 7ft, 260 pound monster of muscle. He has the athleticism and the skills to guarantee some type of success, and in that sense is a fairly safe pick. But he looked horrible in Arizona’s loss to a run-and-gun, shoot-the-three Buffalo team, and his personality and off the field qualities are questionable. His basement is incredibly high, but if you really want to change your franchise for the better, I would take someone other than a slightly old-school center in a league dominated by lighter, perimeter players.

If Bagley could have gone in the draft last year, he would’ve gone number one over Fultz, most likely with the Celtics staying at one and the Sixers not making that trade. Things have changed. Bagley had a great statistical season at Duke, but other than that he was very, very disappointing. Despite having a loaded team, the Blue Devils struggled all season and were eliminated by a far inferior Kansas team in the Elite 8. His defense is the equivalent to that of Greg Monroe’s, which is another way of saying non-existent. And his supposedly smooth jumper looked shaky in actual gameplay. However, his supreme length, athleticism, and handling ability at his height can’t be ignored, and I actually think he has a higher ceiling than Ayton. He’s not the top pick, but there’s no logical excuse for him falling outside the top five. 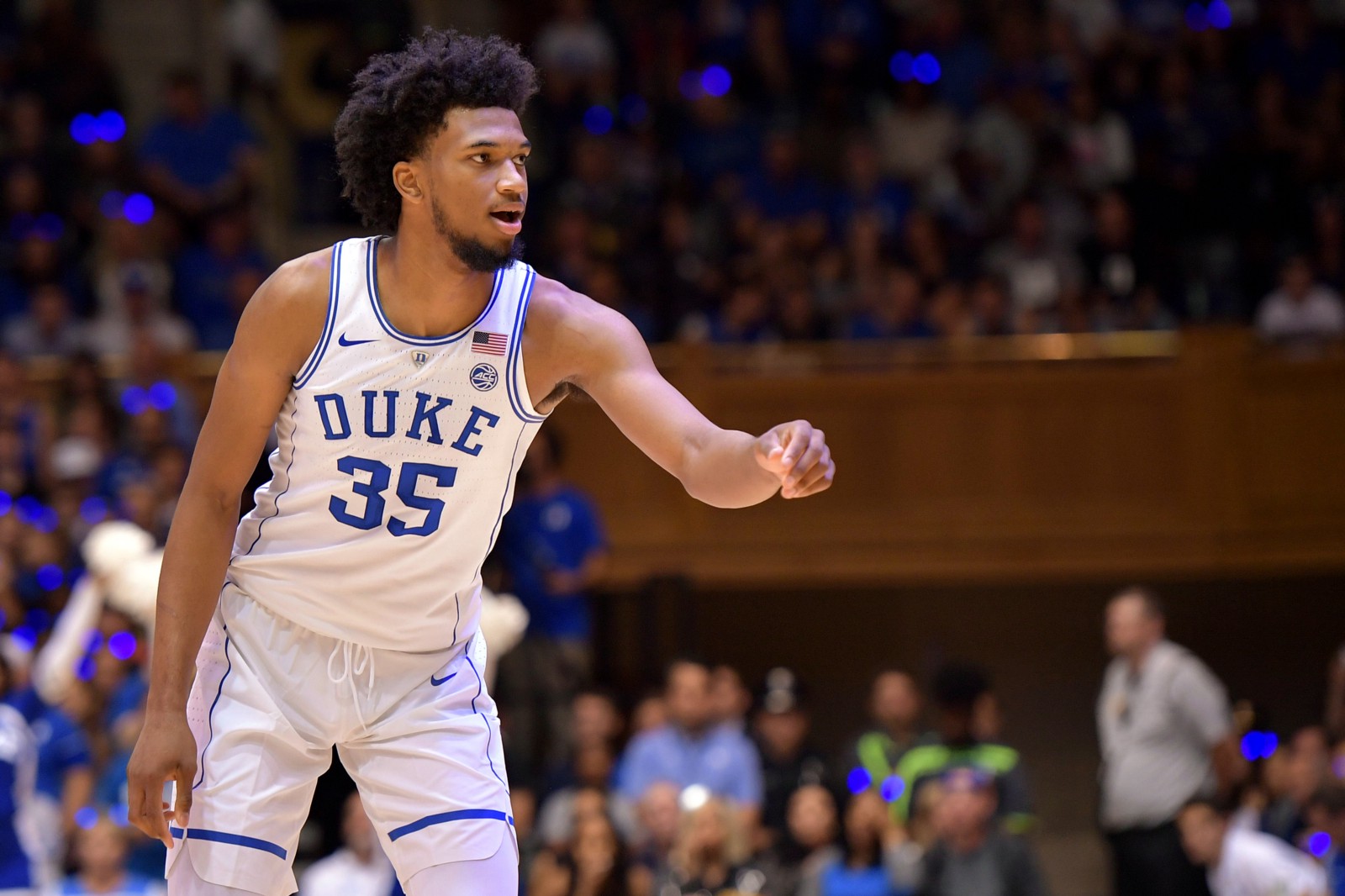 I admittedly don’t know much about Jackson, as my time spent watching Michigan State focused on Miles Bridges, the post moves of Nick Ward, and just how bad their backup guard Matt McQuaid was. But here’s what I do know about Jackson: he’s a hyper-athletic wing that can protect the rim and switch on to multiple players. That’s the perfect defender in the NBA, and he’s beginning to remind me of the undervalued wing pick that the Celtics have stolen in the last two years in Jaylen Brown and Jayson Tatum. His draft stock is quietly on the rise.

Okay, I’m biased. I’ve watched most of Bridges’ college career and I’ve always thought highly of him since seeing him play great defense as a freshman in Nova’s first championship run. But I think he’s an absolute stud. His length and defensive capabilities are unreal, and his three point shot has developed to the point where he is a threat no matter how far away he is from the basket. He may lack the youth and potential upside of some of these prospects, but he’s just as athletic as anyone, is perfectly fit for the modern game, and is a proven winner. I only hope and pray that he drops to my hometown 76ers, and helps us finish The Process. 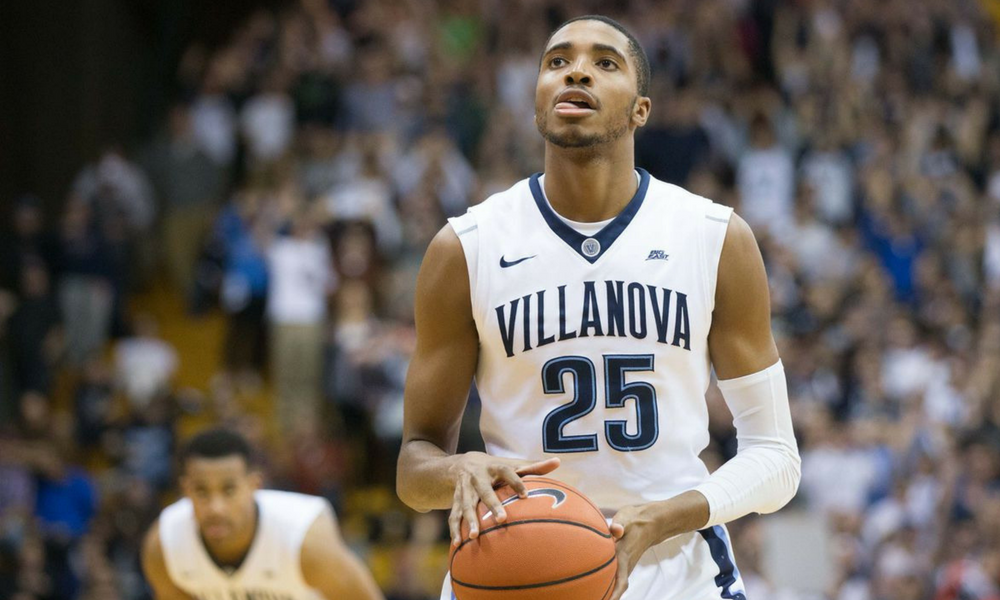 Sexton is this year’s De’Aaron Fox. He is an athletic, speedy guard with great handles and defensive potential. His shot is even farther along than Fox’s was, however, Fox is probably more dynamic as an athlete. I’m more high on Sexton than others, mainly after watching three “wow” performances of his: the game where he destroyed Trae Young, the 3 vs 5 near miracle against Minnesota that was led by Sexton, and the first round where he broke Virginia Tech’s heart with multiple clutch shots. Guards are at the epicenter of the NBA today, and I’d be willing to take a risk on a fiery point guard like Sexton.

This is the controversial one. Some think Trae Young is the closest thing to the next Steph Curry will ever get, while some say he shouldn’t even go in the lottery picks. I was really disappointed with Young in the second half of the season, as the lack of winning was a big concern. However, we shouldn’t overreact to poor team play considering that Ben Simmons’ LSU team sucked, and he is likely to be an all-star for the next 10-15 years. The bigger concern is Young’s defense. He has poor size and poor effort, and will be an automatic iso when switched onto most players in his rookie season. But this is a guard’s league, and Young’s incredible shooting and passing ability are impossible to ignore, elevating him above more athletic, but less offensively matured players. 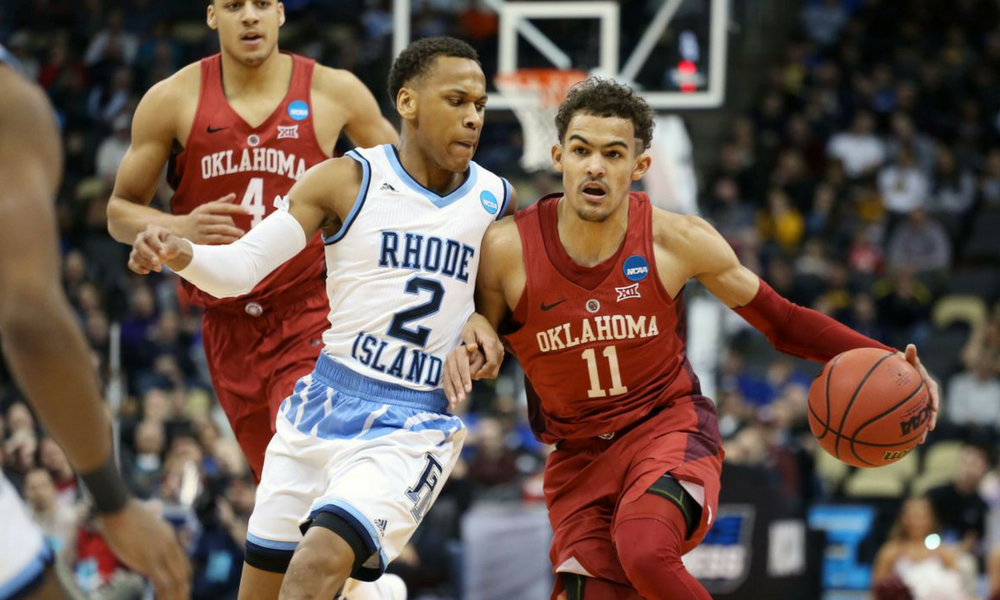 I originally thought I would put Bamba as high as three on this list. But then it hit me, we’ve seen similar cases of this. Just last year we were all intrigued by Jonathan Isaac’s length, and not so long ago we thought Hasheem Thabeet might dominate the league with his defense. The league is based on perimeter play, which Bamba is not good at. He doesn’t have the coordination or shot to truly be a lottery-esque offensive talent. He does however have a high ceiling. While he will struggle to handle guard quickness when he gets switched on defense, his gaudy 7’10” wingspan and nice vertical will make him a good rim protector. Still, he’s not a franchise player. He’s a quality center for a team that already has good perimeter players set.

FACT: I don’t like Kentucky. Also fact: I do however like Kevin Knox. I was impressed that at his size his stroke seemed so fluid. That combination of length and ball skills is one of the biggest trends in the NBA and it makes him valuable. He’s probably not a superstar or even a borderline all-star, but he’s an ideal 3-and-D player, which cannot be undervalued in this day and age of basketball.

I don’t really like Porter. It’s not his fault he got injured, but I just don’t think a player who missed almost his whole season, and only returned to look awful and incompetent in the few games he played. His brother Jahntay is also a 1st round pick, and he actually had a successful college season. The only reason I have Porter in the top 10 at all is that he was the top player coming out of high school and likely has the athletic talent and skill to backup that reputation somewhat. He’s definitely not a top 5 pick though, and he’s probably the biggest boom or bust pick in the draft

I don’t think Duke was a great situation for Carter. With a talent like Bagley in the middle, there was little room for him to operate. He’s a physical specimen with some good instincts and can probably be as productive as John Collins was for the Hawks this season. There’s not a lot to say on him, as he’s one of the harder to predict prospects in this draft. 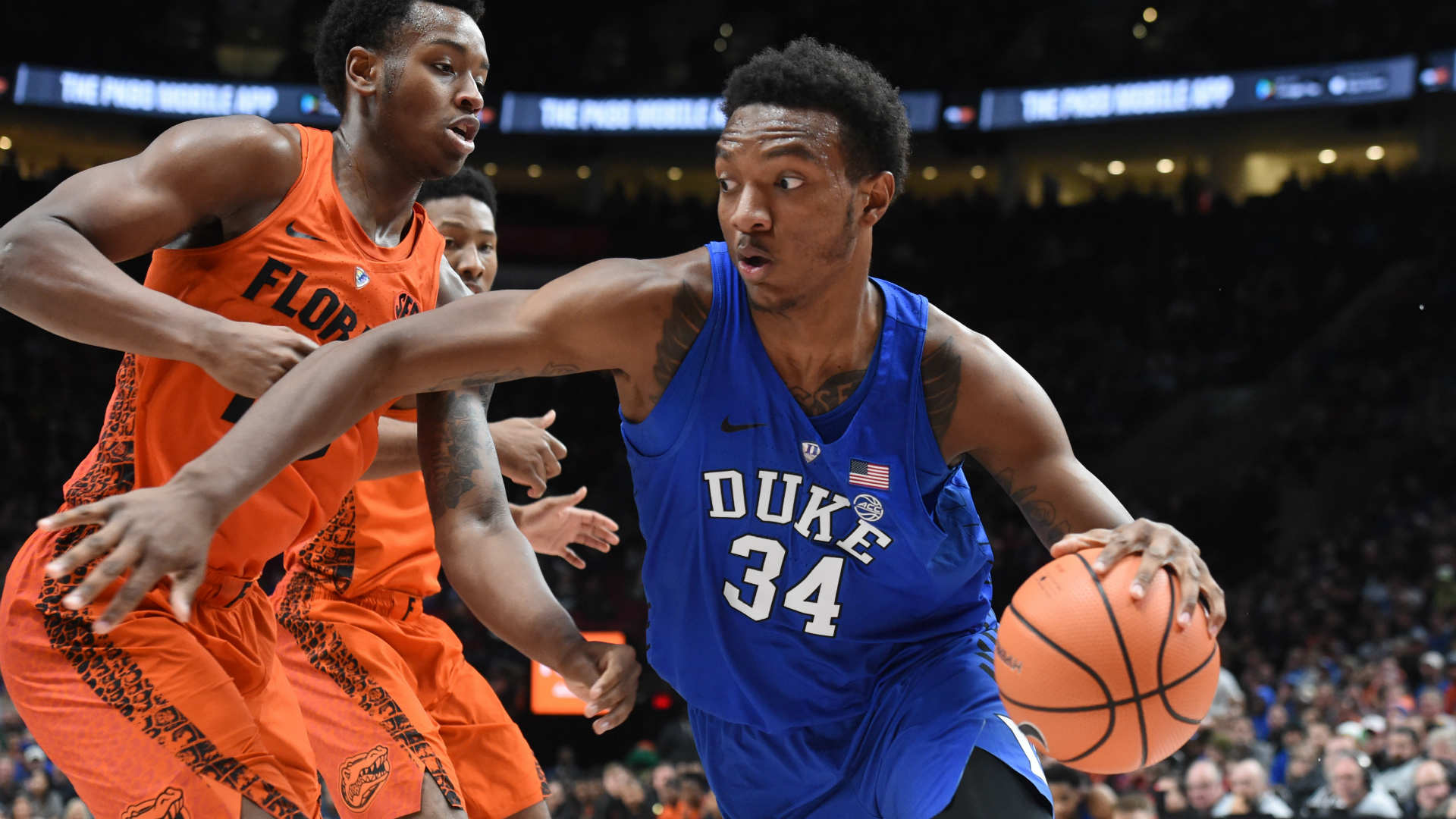 There are athletic players, and then there is Zhaire Smith. He is super raw and can jump out of the gym. He can’t really shoot and he seems out of control from time to time, but there’s always a place for guys with his physical set in the league. He moves up over other prospects on this list do to his incredible upside, as he could be next year’s Donovan Mitchell if his jumpshot develops.

I liked Trent’s consistent shot throughout the year, and he was one of the few Duke players who actually had a clue of what he was doing on defense. He has good size at 6’6″ and has shown athletic potential in other situations. Trent can be a solid guard, and is a reasonable risk in what is probably a 10-player draft.

Shai has great height and length for a point guard at 6’6″ and having a 7’0″ wingspan, although he has a small frame and will be a target for postups off switches. He had good shooting numbers, granted that was off low volume, but still. After you get past the picks that you know for sure have high-end talent, you have to just go with guys who the scouts say are good, and according to scouts, Alexander is another one of the talented, speedy point guards to come through the Calipari NBA system. 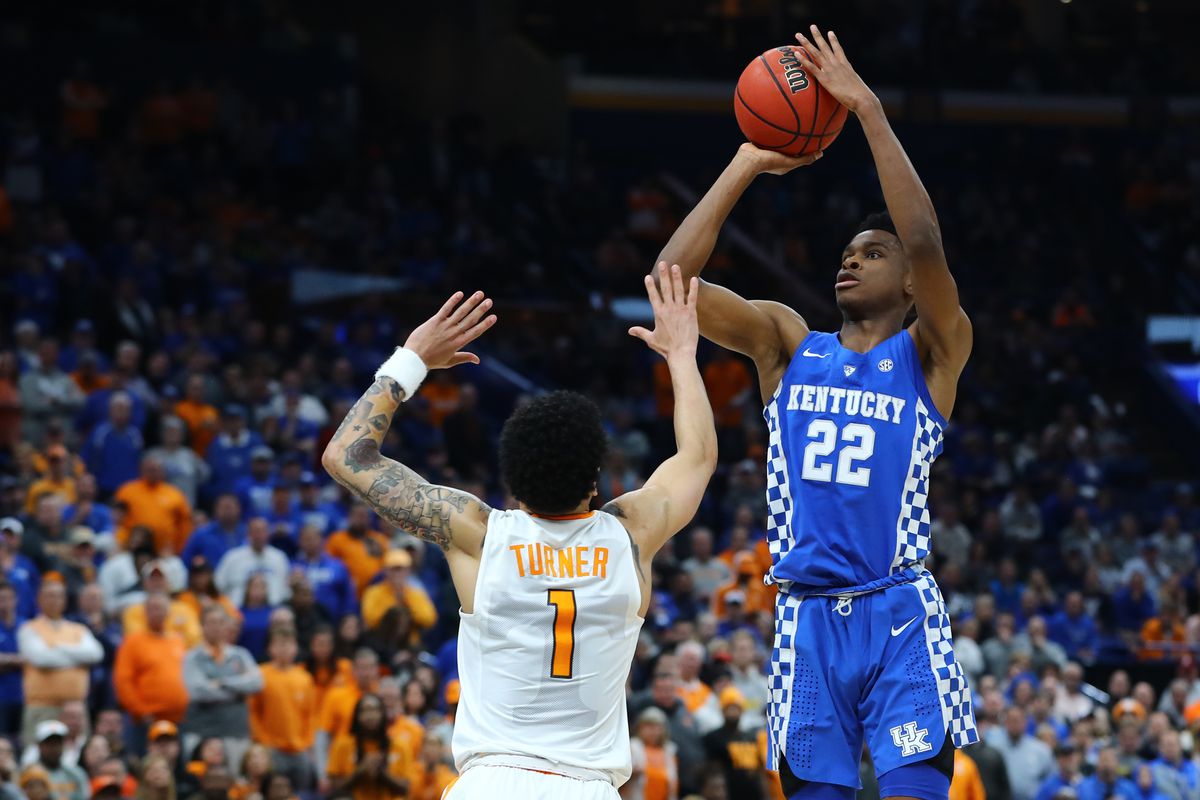 Donte is awesome. Let’s just get that out of the way. You can’t tell me you didn’t love it when he was balling in the national championship, draining pull up threes, ramming in dunks, and sticking his tongue out after every good play. I’ve always liked his game, as he’s from the Sam Dekker school of “deceivingly athletic white guys”. He has an insane 42 inch vertical, and an impressive 6’7″ wingspan at his size. His main concerns are his lack of footspeed to guard quicker players, and the fact that he technically was never a starter in college. But he was still the 3rd leading scorer for one of the best teams college has ever seen, and his ability to change the game with his electric scoring can’t be overlooked. He could be scary good with more opportunities.